2013 was a busy year for me, but not necessarily musically. I started a new content portal and traveled a lot with my friend Dom for work. Kyle (unofficial 3rd member of Intuition & Equalibrum at this point) and I got off to a running start, releasing 2 videos in succession early in the year, but after some personal set backs and creative slumps we realized the rest of the year had flown by us and suddenly we’d put out no music videos since last march. Truth be told, we ran out of video budget, which happens with indie artists sometimes.

Now the Intuition & Equalibrum project is getting wrapped up.  All songs are recorded, sequencing will be finished tonight, and mixing has begun with mastering soon to follow.  We figured it was time to get the train rolling again with some videos, and what better song to choose than the first song we recorded that will end up on the album.

I remember making this song.  It was in July of 2010.  Mark and I had released Girls Like Me in January.  We’d promised after we released GLM we would immediately start working on a new project, but from January to July  we hadn’t done shit.  No beats, no raps, no nothing.  I was pretty down about it because we were repeating a pattern we’d established after releasing Stories About Nothing.

Then my friend Andrew Martin, formerly of Potholes in my Blog, asked if I would submit a song to a summer sampler they were working on.  Finally an excuse to get off of our asses and work on some new music.  I headed up to Santa Barbara to session with Mark.  Nothing was working.  We couldn’t settle on a beat or even a sample.  After some frustration he left to get a coffee.  I stayed at his computer and revisited a loop he’d made of a French guitar player with an interesting chord progression, and came up with the words “Look lazy me I know we had a fun run but complacency is coming undone.”  He got back, I explained the idea of writing a song about my deadly sins (laziness, negativity, stubborness, promiscuity, and jealousy) and he got excited.  I wrote the verse that day, and he built the slow building, melodic beat over the next couple days.

The song showed up on that sampler next to names like Danny Brown and Big K.R.I.T.  While our career trajectories may not have sky rocketed like theirs, we’re still here chipping away and that’s good enough for us.  With the release of our record finally seeming near, we’ve made the promise to each other to keep working on songs while we’re promoting this one, and hopefully we stick to it this time.

Not sure how far along I’ve gotten on bettering my bad habits, but at least I have this song to remind myself to keep working at it.  Thanks for listening.

“I ain’t gonna front, it’s been a rough couple months.”

Yesterday maked the first day of summer, and Mark and I happened to have made a song called “First Day of Summer” so I thought it fitting to release on said date.  Shot and directed by my man Romo.  If you like it, spread it by liking it on Youtube, subscribing to the channel, and commenting on that sumbitch.  Hope you enjoy. 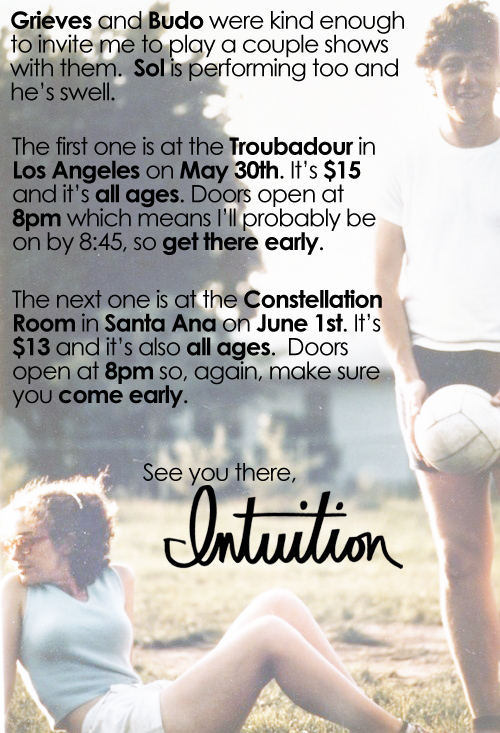 Hi guys.  Sorry I haven’t been updating, been traveling a lot to work and pay rent.  A lot of you asking about new music…it’s coming, I’m just not that guy that tweets about how hard he’s working in the studio and such.  Hope to see you at one of these gigs!

My Mom’s birthday is on Sunday.  We’ve been in a bit of a spat lately and haven’t spoken this month.  I wrote this the other day as an apology letter and decided to film it as a birthday gift. 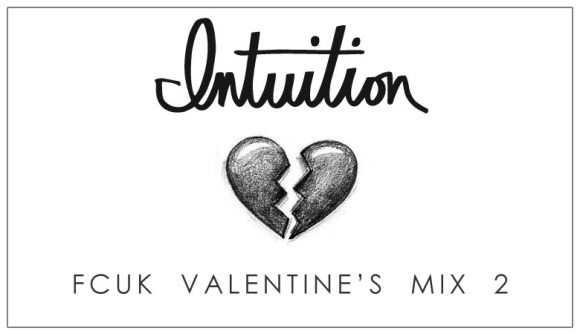 It’s been another fruitless year in the love department. Don’t let this Hallmark Holiday get you down. Cheer up with another mix of sad and bitter love songs to accompany you on the worst (best?) day to be single. Hopefully I’ll make a happy V-day mix next year. 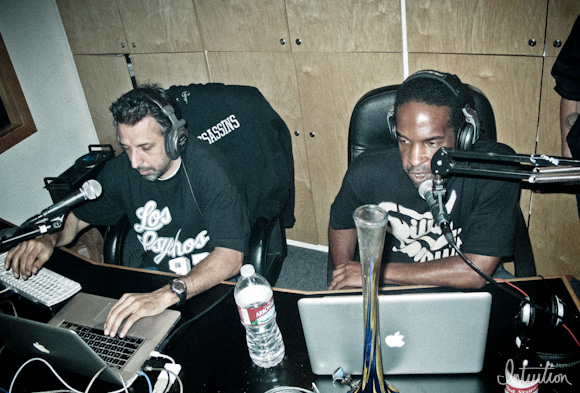 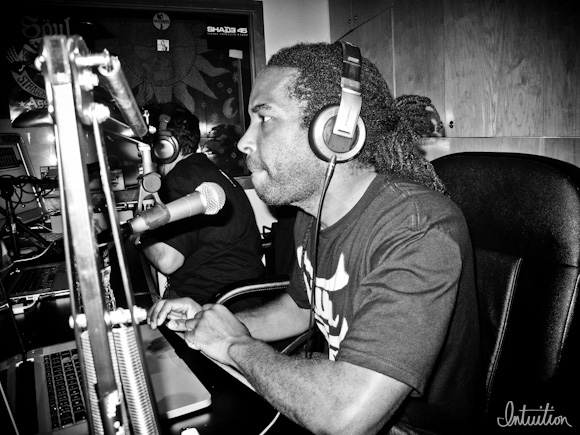 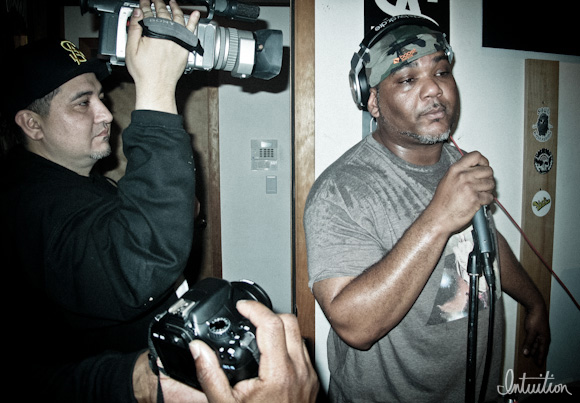 As soon as we walked in I fanned the fuck out.  Plug 3, muthafuggin Maseo was on the tables.  A true veteran party rocking DJ, he ripped through a set of De La staples and other Native Tongue bangers. 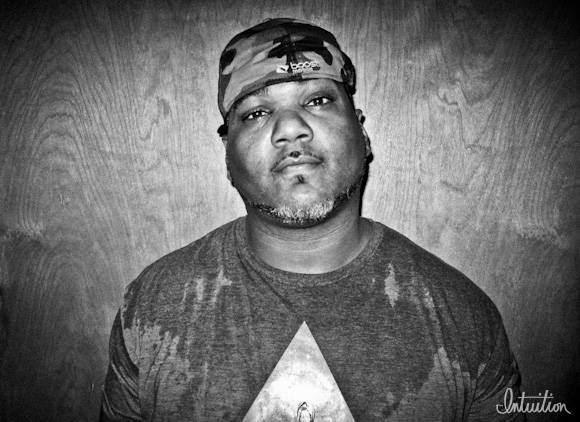 Just like our hosts, Maseo was a really fucking cool dude.  Very down to Earth and friendly.  So many artists get comfortable and act like assholes, tainting their idealistic legendary image after even a brief meeting.  Maseo was the complete opposite, I became an even bigger fan due to his demeanor. 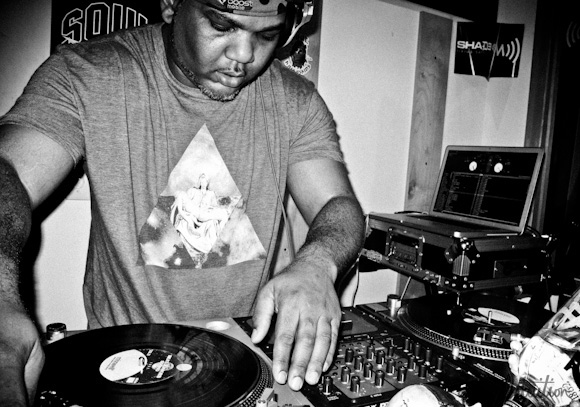 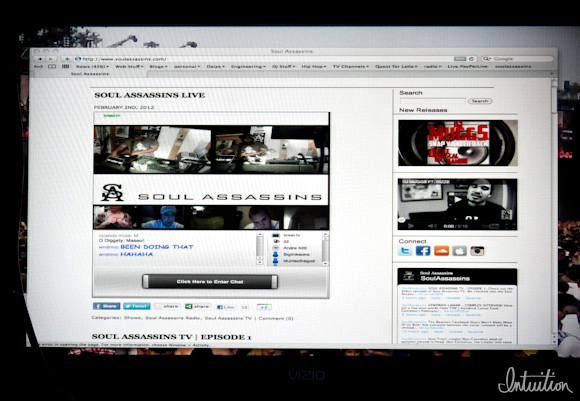 What you see at home when you’re tuned in. 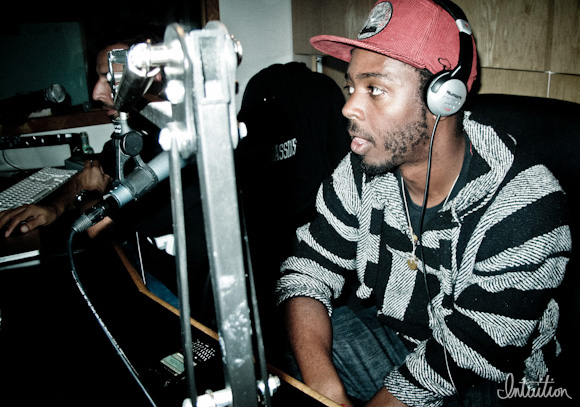 Then Jimmy hopped on the mic and killed it.  I didn’t get to hear it over the beat because it was all in headphones at that point, but Mas, Ern, and Choc were wildin’ so it must’ve sounded good over a beat too. 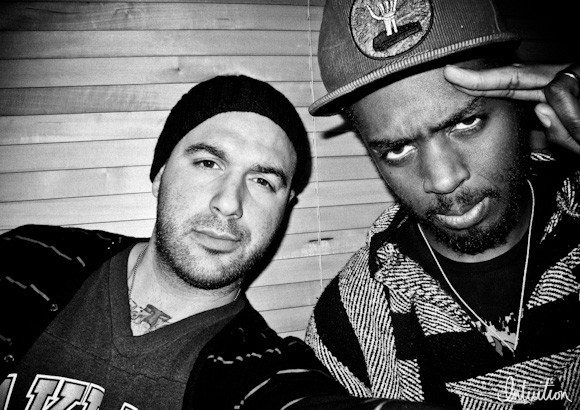 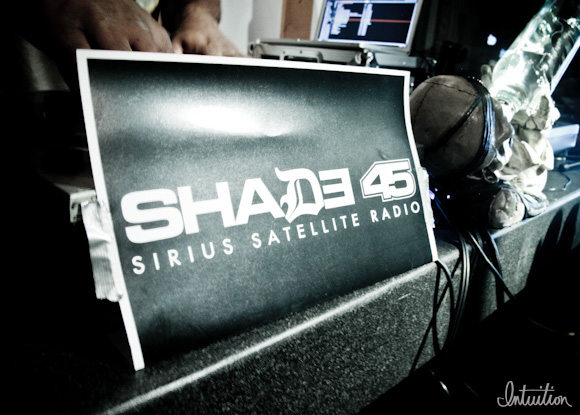 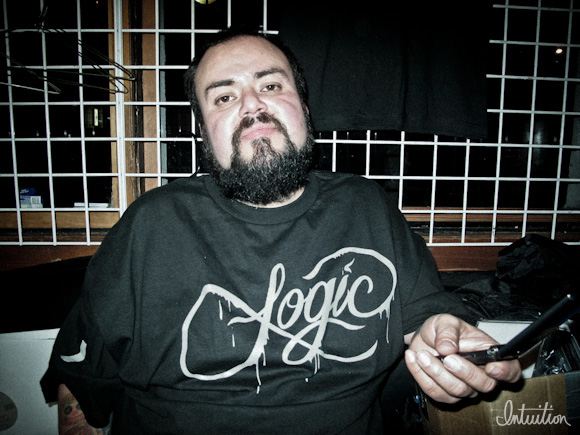 We headed over to the Doomtree show afterwards and ran into the big homie 2Mex.  Didn’t get a chance to shoot any of their show but just know they always do their thing.